The Toys For Your Imagination 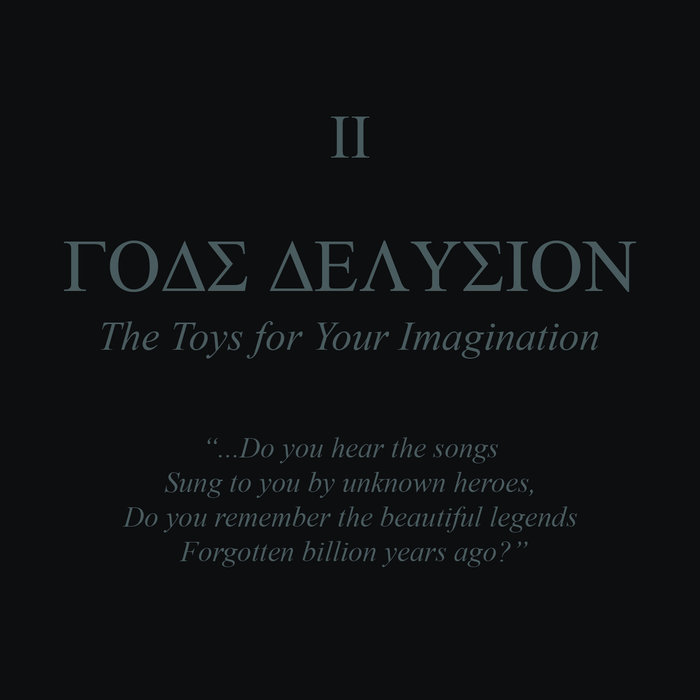 The Toys for Your Imagination – is the second album of the classic Gods Delusion, where previous romanticism changes to more serious topics. The music becomes dangerous, stressful and instead of lush electronic we are getting bombarded with industrial and rhythm'n'noise sounds.
Suddenly the listener becomes a hero in a computer programmed world, where each track is an element of a more complex game. Our hero moves from level to level trying to understand his role in the game and piece together different parts of his new reality.
In 1996 Gods Delusion disappeared from our reality, having left only two tape albums (Pieces and The Toys for Your Imagination).

Bandcamp Daily  your guide to the world of Bandcamp

Serena Cherry debuts her black metal project, plus a Pick from the Crypt block from Svalbard